Joint exhibition co-ordinator Bryan Minter said 112 paintings were on display by about half of the club’s membership. He said sales were quite good despite the economic climate, making it a successful two days. The event also featured a café, craft stall and tombola.

This year 20% of our profit from picture sales is being split between two local charities, “The Yorkshire Air Ambulance” and “Take Heart - Leeds”. 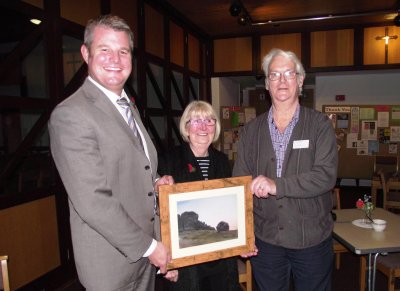